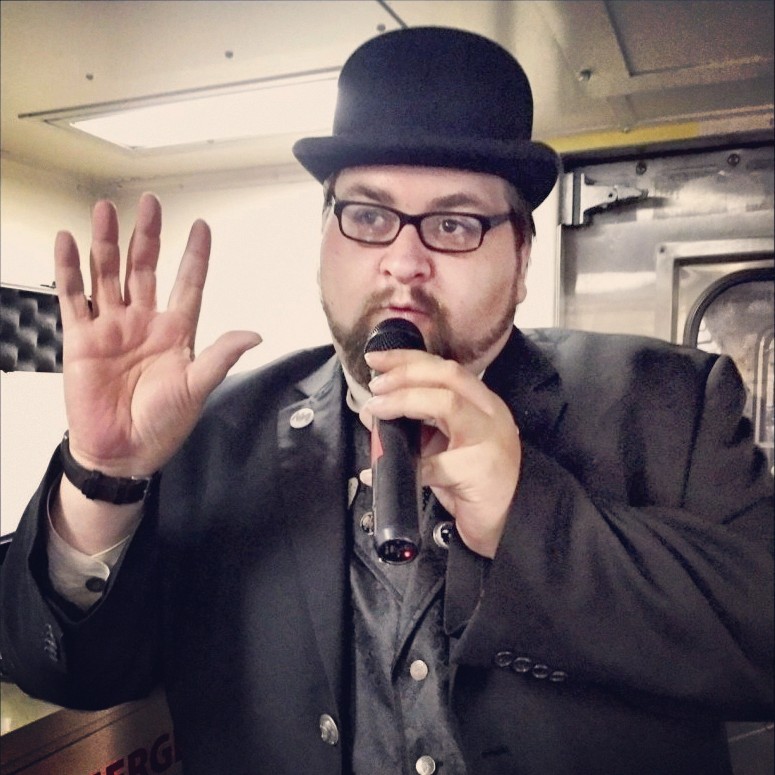 Ken Summers is a paranormal researcher, history aficionado, part-time traveler, variegated artist, and purveyor of strange tales and forgotten hauntings. The ever-apologetic creator of the “orb color chart,” he has always endeavored to balance open-minded fascination and humor with logical questioning in the pursuit of truth. Unlike many self-described experts in the field, he isn’t afraid to admit that he doesn’t have all the answers, and where others argue over the existence of ghosts, UFOs, Sasquatch, and other mysteries, Ken sees the true value of supernatural stories as a means of keeping interesting, forgotten history alive.

Admittedly strange since childhood, Ken grew up in Ohio fascinated by the supernatural, playing in his back yard with an “imaginary friend” named Robin, and researched his first ghost story at 13. His first official investigation was conducted alone at midnight on Halloween in 1995. Throughout his teenage years, he researched and investigated dozens of locations within Cuyahoga Valley National Park. At Kent State University, he became treasurer of LGBU-Kent (now PRIDE!Kent) and founded his own paranormal group, The Moonspenders, in 1999.

After living for a brief time in Shreveport, Louisiana, shortly before Hurricane Katrina, Ken returned to northeast Ohio to self-publish Haunted Cuyahoga: Spirits of the Valley (2006). He has flown to Paris on TWA Flight 800 several weeks before it exploded on takeoff, drank at the Admiral Duncan in Soho months before it was bombed, and was born on the anniversary of Lincoln’s death and the Titanic sinking. Ken considers himself ‘a black sheep plagued by the black dog’, battling clinical depression and questioning everything.

Ken has long been fascinated by the most obscure, forgotten, and unusual stories and incidents related to the paranormal. That quest for the strangest of the strange developed into a blog series of “Queer Paranormal Road Trips” in 2008. This questioning of the sexualities of specters led to his last book, Queer Hauntings: True Tales of Gay and Lesbian Ghosts, published in 2009. Currently, he’s busily at work researching for a follow-up book, once again delving into the mysterious realm where ‘weird’ and ‘queer’ blur together.

Whenever possible, Ken puts his vast knowledge of “useless information” to use in the form of tours, lectures, or writing. Some of his work can be found on Week in Weird. He was also editor and a contributor for Haunted Akron.